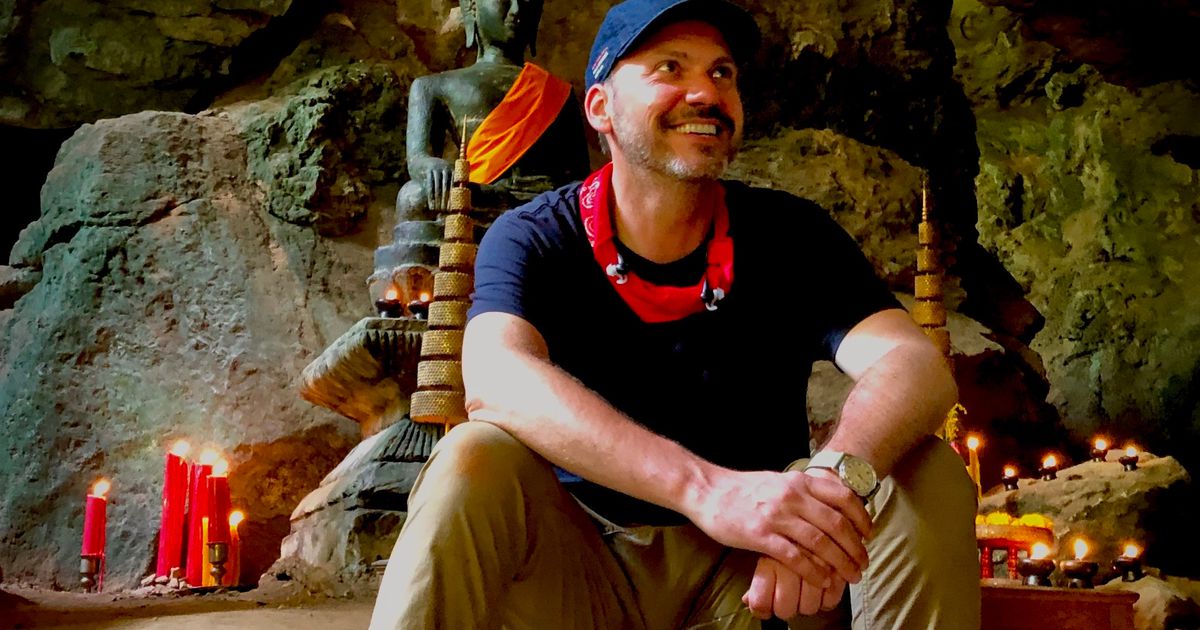 Scaia and the rest of the crew were filming a Season 2 episode on location when production shut down in March 2020.

“We had been in Thailand for a few months and we had seven days left on our schedule there,” Scaia said. “Then the plan was to move to Italy and shoot there. It was going to be a much smaller shoot. We started in Montreal, then we moved to Thailand and we were going to end up with 14 days in Italy.

“We were about to start the second day of a location that we had already shot the day before,” he continued. “That’s when we got pulled over by CBS and everyone went home.”

After six months of rewrites and remote post-production, the team behind “Blood & Treasure” has resumed overseas production.

“We started the process of returning to production right around Labor Day,” Scaia said. “We actually started filming around October. It was really interesting because CBS let us go to Italy to finish our filming there, but we couldn’t go to Thailand to finish the job there. We So we had to take those seven days, including the day we already shot at this location in Thailand, and move everything to Italy.

The M*A*S*H style sign from the location filming in Krabi, Thailand. CONTRIBUTED

The M*A*S*H style sign from the location filming in Krabi, Thailand. CONTRIBUTED

“Blood & “Treasure” is not filmed on a sound stage. As a globetrotting action series, shooting on location is crucial.

“We didn’t have one of those LED screens that they have on the ‘Star Wars’ shows,” Scaia said. “Every time you see us standing in front of something, we are really standing in front of that thing. The very first scene of the second season is in front of Michelangelo’s “David”. We really went to Florence to shoot this.

“We worked for a year to get permission from the Accademia (Gallery) to shoot on location, standing in front of David,” he continued. “For me, that’s part of the show’s DNA.”

This authenticity helps sell the action and the drama.

“There’s just something about the show because it feels real,” Scaia said. “The sweat is real. Dirt is real, tangible dirt, it’s not on a soundstage. I’m really proud of the depth of the series. It’s a film every week and people would be surprised at the budget we made it with. We really made it work by going to real places.

The shingle from an episode of the Paramount+ series, “Blood & Treasure”, directed by co-creator Stephen Scaia. 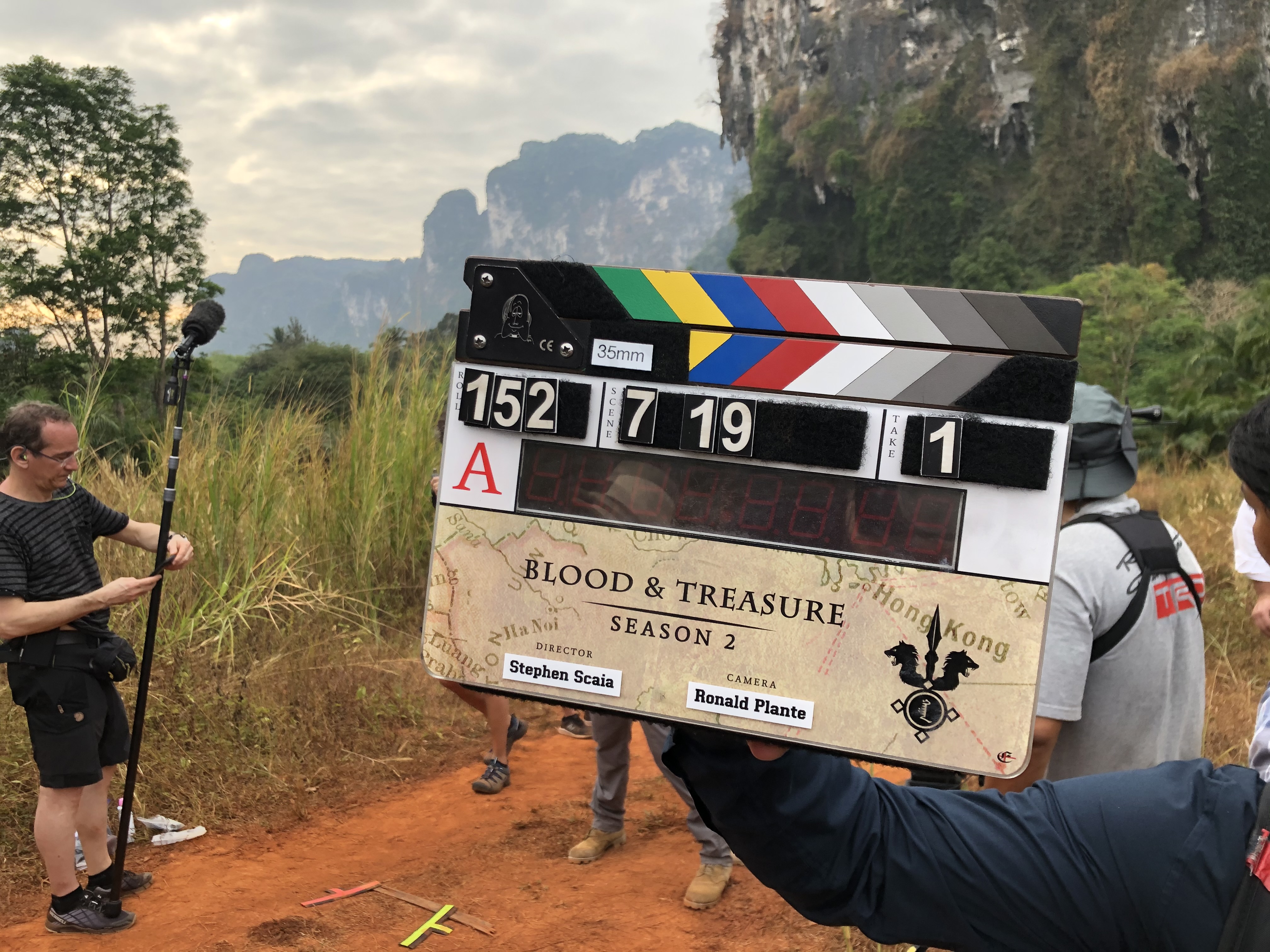 The shingle from an episode of the Paramount+ series, “Blood & Treasure”, directed by co-creator Stephen Scaia.

Scaia, who grew up in Centerville, graduated from Emerson College with a degree in film. He gained valuable on-the-job training during two seasons as a production assistant on “The West Wing.” His writing and producing credits include the CBS series “Jericho” and “Limitless” and Fox’s “Human Target.” The second season of “Blood & Treasure” was his first opportunity to direct, which he did at the request of stuntman-turned-director Steve Boyum.

“I led a second unit last season,” Scaia said. “I designed one of the chase scenes. Then, going into season two, Steve Boyum, who is kind of my directing mentor, said, “I think you’re ready to direct a few episodes.”

“It was great to have this opportunity,” he continued. “Then when COVID came along, I got the opportunity to direct two more episodes. I actually ended up directing one with Steve, which was a really great opportunity.

“I had the full experience,” he said. “I wasn’t just writing and producing it. I was the guy who came to the set every morning and they presented me with the issues of the day that needed to be resolved. What I really liked the most about TV and movies is how creative it is and how creative you are with problem solving.

Explore10 events not to miss in Dayton this weekend

Scaia is optimistic about “Blood & Treasure” moving to Paramount+.

“I love that we’re part of a thing that seems to have a built-in audience,” he said. “When I tell people we’ve moved to Paramount+, they’re like, ‘Oh yeah, I’m on board with that’ versus ‘What is Paramount+? That’s really good because these days it’s not about billboards or advertisements during basketball.

Today it is the right placement on the homepage of the streaming platform.

“Your whole life changes if you’re a TV show that pops up as soon as you turn on an app,” Scaia said. “If it says, ‘Hey, do you want to watch this?’ Next thing you know, you’re a show like ‘Manifest’ that nobody watched on NBC and then when it appeared on Netflix they put it on the banner and people just clicked on it.

“People found the show that way and now it survives,” Scaia added. “It’s exciting for creators who want to feel like their show is going to last.”