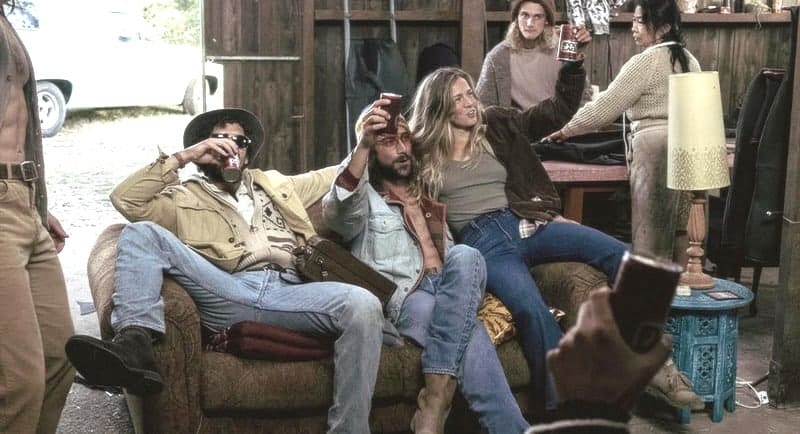 “Barons places an imaginary microscope into the nefarious origins of Australia’s greatest surfing dynasties. It’s a story that in many ways has yet to be told, especially to a mainstream audience.”

With all the hype surrounding the release of Make or Break, another mainstream surf offering here in Australia has slipped under the radar. One that could prove more incisive, more explosive that Woz’s docu-drama could never hope for.

Barons, premiering tonight on Australian taxpayer-funded ABC, is the fictionalized story of two warring surf brands developed by close friends in the same small town in the early 1970s.

Presented as an authentic account of the birth of surf culture – and the surf industry – in Australia, Barons has it all. Ridiculously handsome characters with names like Trotter and Snapper dressed in impeccably stylized recreations of ’70s fashion. The soulful surfer v consumer dichotomy. Spiritual connections with the ocean. Drug traffic. Sex. Panel vans. Single fins. Large amounts of incense and woolen turtlenecks. Everything is screwed up there.

But above all, it puts an imaginary microscope on the nefarious origins of Australia’s greatest surf dynasties. It’s a story that in many ways has yet to be told, especially to a mainstream audience.

We want the truth. But can Barons take care of it?

In my recent review of Lines to the Horizon, I explained how easy it is for surf storytellers to drift into cliché.

Call it the Bodhi complex.

If the competent writers of this collection of essays were at times guilty of dipping their toes in these waters, Barons seems to have jumped in headfirst. Judging by the preview, it’s Tim Winton meets Party of 5. But then again, that was the birth of the surf guru era. Clichés are born from truth.

Early reviews have been kind without being effusive. The Sydney Morning Herald described it as a sexy, but slow-burning, stoner-era soap opera.

“Selling a counterculture is not inherently interesting on its own.”

This comes with some good faith. Taylor Steele was in charge of the surf cinematography as well as being involved in the script. Producers include Michael Lawrence (Bra Boys, Fighting Fear).

I’ll reserve judgment until I see this fucking thing. But a few remarks:

Anyone with even a passing knowledge of the early days of the surfing industry in Australia knows that an M-rated soap opera won’t tell half the story. The truth will always be wilder than fiction, if a producer has even had the courage to try. Plus, it’s still living history. Too soon, for many who were there.

The fictionalized story is a good way to avoid any legal pitfalls. But is a soap opera really the right vehicle? A more suitable setting might be Wake in Fright near the beach. A hedonistic and devouring world of inescapable vice. All the little devils, proud of their hell.

Or maybe something like Rashomon. An event told from five different angles.

After all, we are all so hungry for surfing history. The culture is quickly self-swallowed. Eager to turn history into legend.

But who should tell the story?

WSL recently commissioned a Surfline profile of the G Land Foundation. Proudly speaking about the early days of Boyum, Lopez, McCabe and the lifestyle that funded it. Seeing the WSL effectively coat the crew of Sea of ​​Darkness was shocking. Once the industry’s dirty little secret is now seemingly worn as a badge of pride. Barons seems to be leaning into the same territory.

Who are they to claim ownership?

The real story is still there. Still alive and breathing. There are stories. Counter-narratives. bitter rivalries. Legal disputes. Some players have done well. Now in boardrooms and beachside mansions. Others, not so much. They are in suburban salons. Or tiny bays shaping the backyard. Or retirement homes.

All with their own perspectives. Their own stories to tell.

What would they do with all of this? This sudden mythification of their life?

It must be weird.

Either way, tune in tonight at 8.30pm Australian EST. If you’re outside Australia, you may need to get a VPN to bypass national restrictions etc.