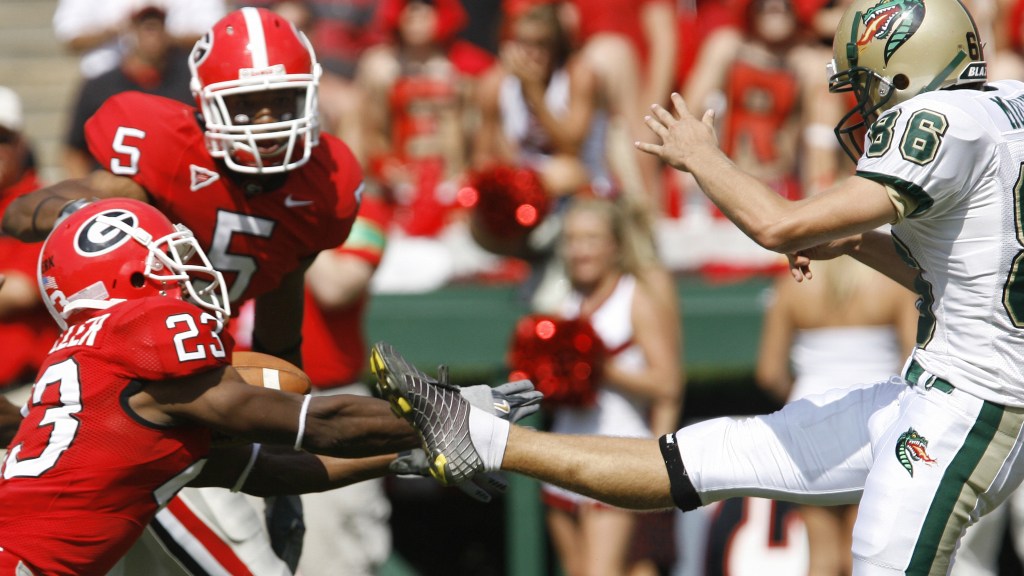 The Georgia Bulldogs and UAB Blazers football game on September 11 will be televised on ESPN2. The Dawgs will host a full-capacity Sanford Stadium for the first time since 2019.

The game will start at 3:30 p.m. The weather is expected to be partly cloudy with temperatures in the mid-80s. Georgia fans are excited to see the Bulldogs return home after a huge season opener win.

The UAB Blazers defeated Jacksonville State in their season opener 31-0. Georgia defeated Clemson 10-3. Georgia is the heavy favorite, but the Bulldogs are coming off an emotionally draining start to the season.

Former Baltimore Ravens quarterback Robert Griffin III is one of the announcers for the Georgia vs. UAB game. Mitchell Layton – USA TODAY Sports

The ESPN2 team for the game consists of Mark Jones, Robert Griffin III and Quint Kessenich. It will be interesting to hear finer points from the game of Robert Griffin III, who won a Heisman with Baylor and was an NFL quarterback last season.