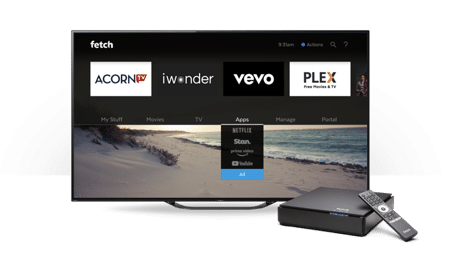 Fetch subscribers should have access to even more streaming content, thanks to a first Australian partnership with Metrological.

Starting next month, Fetch subscribers will have access to a first wave of apps available in Metrological’s app library, including Acorn TV, iwonder, Vevo, Vimeo, Kidoodle, The Weather Network, and a reconstruction hayu application.

Additional premium, niche and localized apps will be added in the coming months.

Metrological has partnered with leading global companies including Comcast, Sky, Liberty Global, Vodafone and others. Fetch TV secured the rights for Australia and New Zealand.

Fetch also offers more than 50 channels from the world’s leading suppliers, as well as a TV and movie store with around 10,000 titles.

“The launch of the Metrological Application Platform will open up a whole new world of content for Fetch subscribers and provide an easy way to access the things they love to watch, all in one place. This latest innovation is another demonstration of Fetch’s commitment to providing a world-class aggregation platform, delivering value never before seen in the Australian market.

“We’re proud to continue working with Fetch to provide subscribers with a seamless and unified viewing experience, and even more of the world-class content they need. Now more than ever, consumers want access to long-tail OTT apps, as well as niche and localized content behind a remote control, and with the most compelling user experiences in real time.

Content Providers Can Take Advantage of Open LightningMT Software Development Kit (SDK) for rapid application development, with a single application version facilitating distribution to a global operator footprint. Carrier billing functionality is available in some apps, allowing users to sign up and pay through their Fetch account.

The availability of universal voice search adds to the user experience on Fetch, making it easy for users to find content across Fetch, including all channels, apps and YouTube, with a simple voice request .

Universal search for the latest applications from the Metrology Application Library will be added in the next production release of Fetch scheduled for later this year.

The new applications will be available on the Fetch Mini, Mini 4K and Mighty boxes.