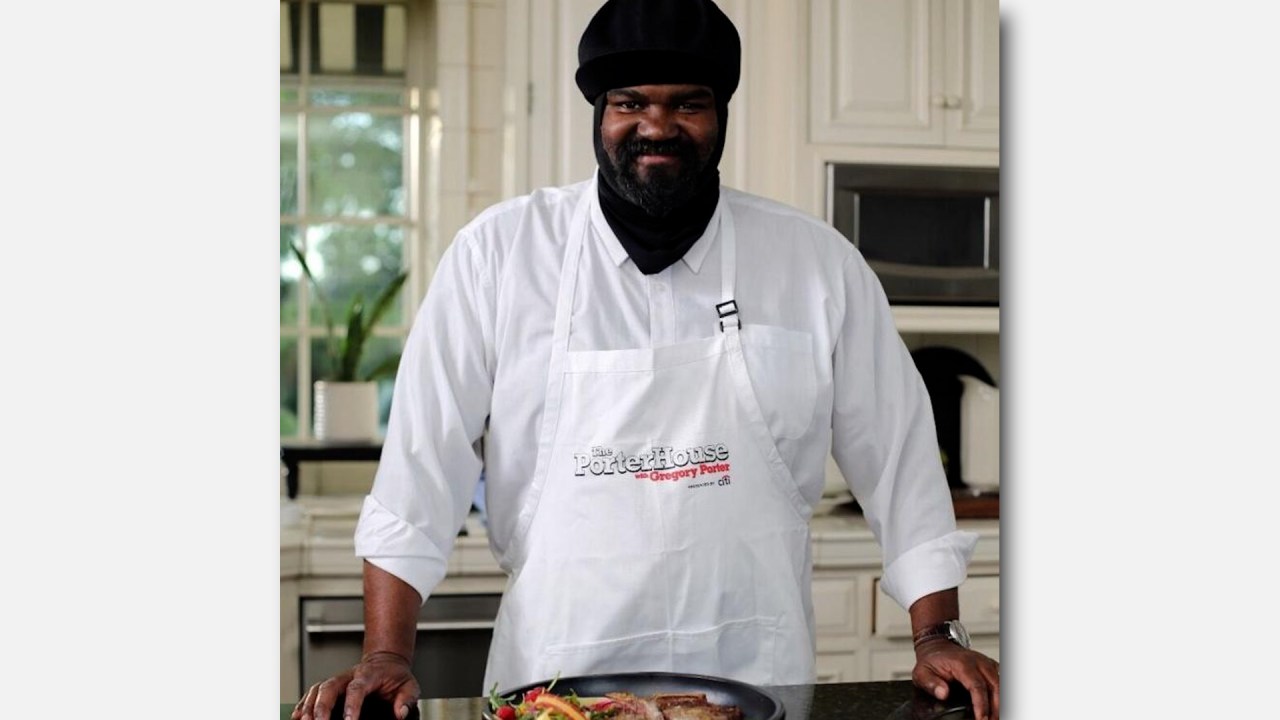 (KGET) – Local musician, two-time Grammy winner Gregory Porter, combines two things he loves – music and food – on the weekly cooking show “The Porter House with Gregory Porter, Presented by Citi “. The first of the series’ first six episodes will be available via The Infatuation and Zagat’s YouTube channel streaming services starting at 9 a.m. on May 12.

In promotional material for the new offering, Porter explains how he always felt there was a connection between music and food. Before the award-winning Blue Note singer, songwriter and artist took to a Brooklyn stage, he was a chef at Bread-Stuy, his brother’s cafe in Brooklyn.

“Writing songs and creating dishes have always inspired me. I like to cook authentic food for authentic people, ”Porter says. He goes on to say that over the course of the series, he will share his favorite recipes and tell stories behind the culinary creations.

Porter kicks off the series with a beef borscht recipe from his wife, Victoria. The dish became one of Porter’s favorites while touring Russia.

Porter calls Bakersfield home, but he was born in Sacramento. After graduating from Highland High School, he received a full scholarship to play football at San Diego State University. An injury ended his days on the grill.

He turned to music when he moved to Brooklyn in 2004. It was there that he divided his time between conducting and performing. Eventually his musical life resumed as Porter began touring and recording albums. His latest album, “All Rise”, is available now.

The fact that its program is sponsored by Citi will lead to a special event for the final on June 17. Citi cardholders will have the chance to attend an exclusive Citi Finale event that will include a special performance with Porter and his full party, a moderated conversation with Gregory, and additional appearances. Those who wish to participate will need a special password to unlock the show.

The finale will feature a donation of food to House of Ruth, a ministry and a soup kitchen. Citi has pledged an additional donation to No Kid Hungry to provide up to 100,000 meals for American families.

“We are always looking for exciting ways to give Citi customers access to exclusive talent and experiences,” Carla Hassan, Citi Marketing Director, said in a press release. “The PorterHouse with Gregory Porter” allows us to do this while supporting No Kid Hungry in their fight against child hunger, an area in which Citi is committed to advancing progress. “

For more information on the hour-long special event as well as recipes and cooking instructions, go here.

Jeff Aiello has been appointed interim CEO and Nancy Borjas as COO of Valley PBS, the Fresno-based public television station that also serves Bakersfield. The announcement was made by the Valley PBS Board of Directors.

The changes were necessary following the resignation in April of Lorenzo Rios as chief executive. Rios took on the role of interim CEO during this transition period as the station grappled with the effects of the Covid-19 pandemic while seeking a new CEO.

“Donors, members and sponsors can rest assured that Valley PBS is well positioned to fulfill our mission and do even more important work in the days and months to come,” said Karen Musson, Chairman of the Board. , in a press release announcing the measures.

Aiello brings to his work more than 30 years of experience in broadcasting, production and management. In the past, he was notably writer / director of the Emmy Award-winning documentary “Silent Sacrifice” for ValleyPBS and executive producer of “Outside Beyond the Lens” on PBS. He was also the creator and executive producer of “American Grown: My Job Depends On Ag” for ValleyPBS.

He worked for the Walt Disney Company / ABC for 15 years, including two programs for the Live Well Network. The adventure / travel show “Motion” aired for five years, and its cooking show “My Family Recipe Rocks” – hosted by former NSYNC member Joey Fatone – ran for three years.

Borjas has over 12 years of experience with Valley PBS in the areas of accounting, marketing, operations and programming.

Valley PBS has been providing educational and entertaining programming to residents of the Central Valley since 1977. The station’s programming includes both productions provided by the public television affiliation and locally produced programs.