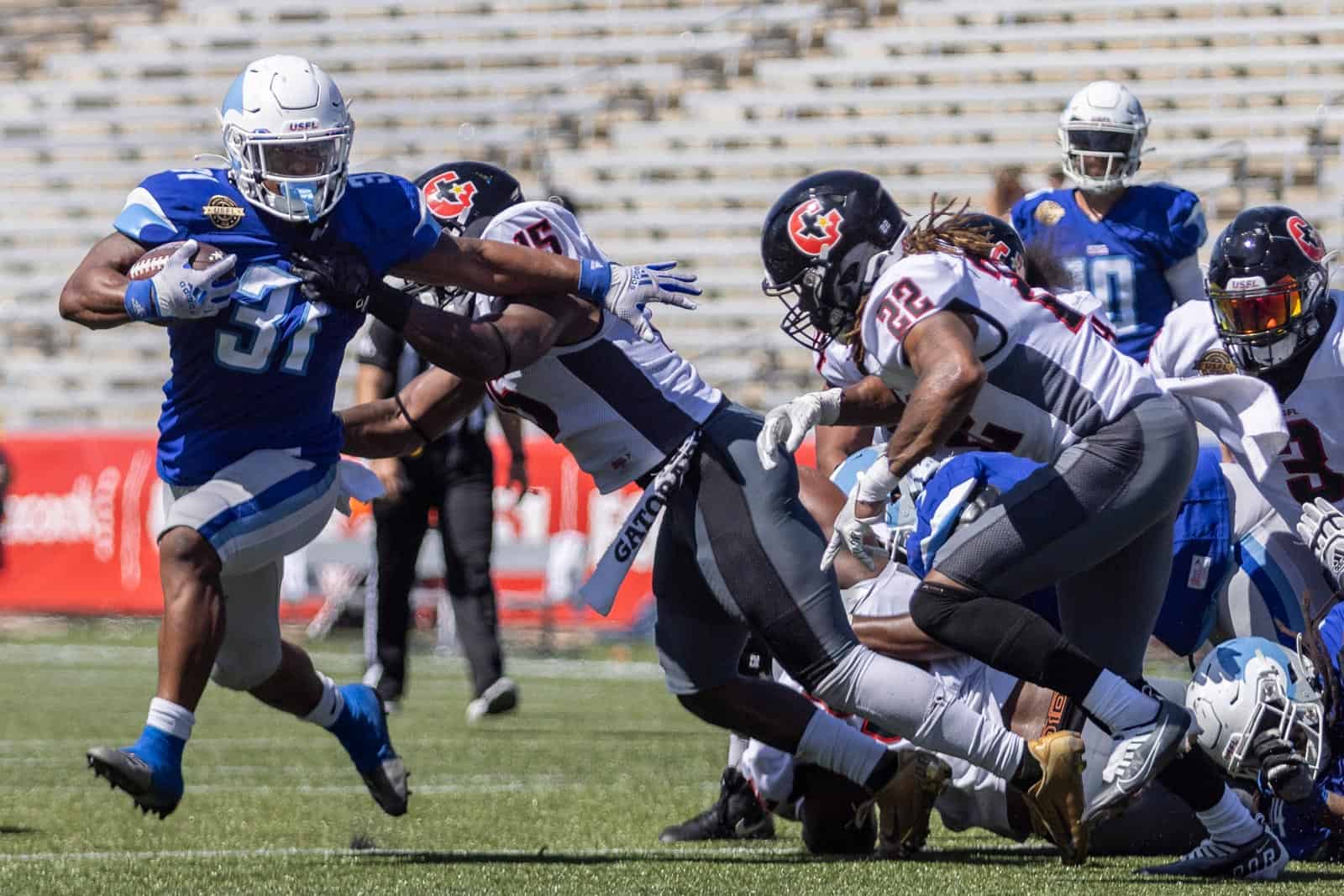 Kickoff times and television for Week 8 of the 2022 USFL schedule have been set by the league, according to an announcement Monday.

The four USFL Week 8 games will be played at historic Legion Field in Birmingham, Ala. All matches to date have been played at Protective Stadium.

Week 8 action kicks off Friday, June 3 with the New Jersey Generals (5-1) hosting the Pittsburgh Maulers (1-5) at 8:00 p.m. ET with television coverage via the USA Network.

The USFL action continues Saturday, June 4 with a contest. The Birmingham Stallions (6-0) host the New Orleans Breakers (4-2) and the game will be televised by FOX at 3:00 p.m. ET.

Week 8 action in the USFL wraps up Sunday, June 5 with a pair of contests, starting at noon ET on FOX with the Philadelphia Stars (3-3) hosting the Michigan Panthers (1-5). Then at 4:00 p.m. ET, the Tampa Bay Bandits (3-3) host the Houston Gamblers (1-5) and the game will be broadcast by Peacock.

Overall, the USFL schedule consists of ten weeks with four matches per week, with all matches played in Birmingham. The regular season will end on Sunday, June 19.

Below is the television schedule for weeks 7 and 8 of the 2022 USFL season.