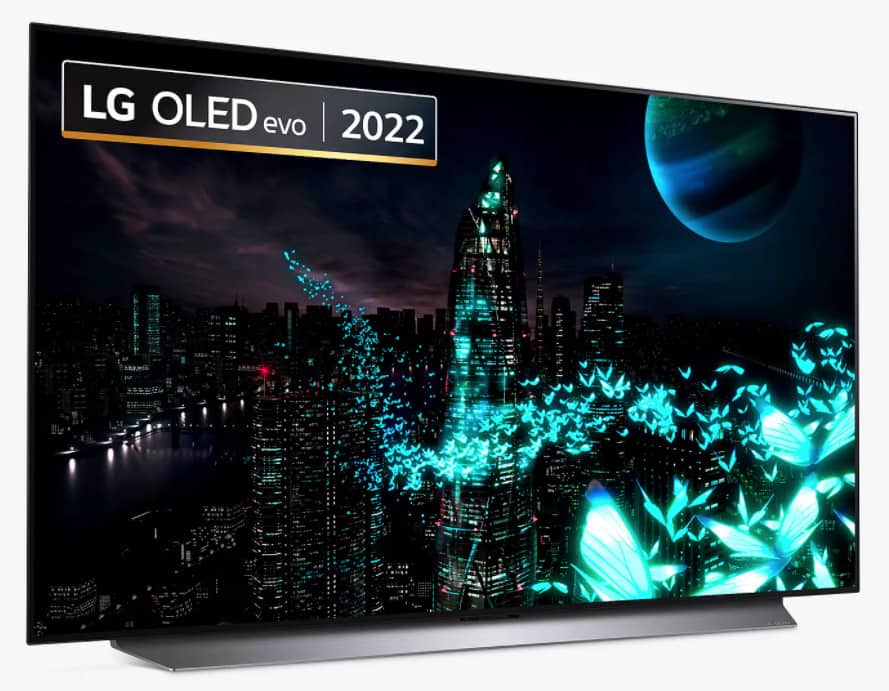 John Lewis has once again has lifted the lid on the retail price of one of LG’s new C2-series OLED TVs. This time it’s the long-awaited LG C2 42 – the world’s first 42-inch OLED TV. The C2 series of OLED TVs were announced in January and are set to impress by bringing a plethora of high-performance features and specs to the table. However, recent pricing could see it reach much higher prices than we initially thought.

While LG has yet to announce an official price (or release date) for the LG C2, UK buyers already have the option of pre-ordering the TV from John Lewis. According to the publication, the TV is expected to retail at £1,399, making it the same price as the LG C2 48 – adding some speculation to its pre-release price.

LG’s new C2 range is the follow-up to the hugely popular C1 OLED TV range. The C1 line has become a fan favorite thanks to its reasonable price, excellent image quality and gaming-friendly features.

The new LG C2 looks set to bring all the same features and benefits as its predecessor, including some added extras that include higher peak brightness, a more advanced internal processor, and a shiny new remote control.

The LG C2 42 was spotted recently on the John Lewis site, which lists a price of $1,399. While this has gotten potential buyers excited, it adds some confusion to the equation as the LG C2 48 has been priced the same.

If you’re a UK shopper, you can now head over to John Lewis and pre-order the LG C2 42-inch TV – bagging yourself a set of free LG Tone Free HBS-FN4 wireless Bluetooth in-ear headphones. Again, although no official release date has been announced by LG, John Lewis is promising a 5 week lead time for pre-ordering the TV today. This means you could receive this excellent TV by the end of March/beginning of April.

However, due to the current issues we’re having with new product launches, we’ll take this with a pinch of salt for now.

Since its announcement in January, the LG C2 has been making headlines for most TV enthusiasts. The new line of OLED TVs looks set to be one of the best gaming TVs of 2022, with a new set of high-performance features that should deliver a far superior viewing experience compared to the LG C1 of yesteryear.

Unfortunately, the 42-inch LG C2 won’t feature the new Evo OLED panel that was once limited to the flagship G1 range. Instead, it’ll use a more advanced OLED panel that offers slightly better peak brightness and greater 4K upscaling – thanks to the new Alpha A9 Gen 5 processor it uses.

Additionally, the 42 and 48 variants will also feature the same composite fiber materials in its construction, making it a much lighter product than the 2021 series. VESA wall mount.

As you’d expect, the gaming-tuned 42-inch C2 will offer [email protected] gameplay support for PS5 and Xbox Series X systems. It will offer a number of HDMI 2.1 ports which all have the bandwidth full 48 Gbps.