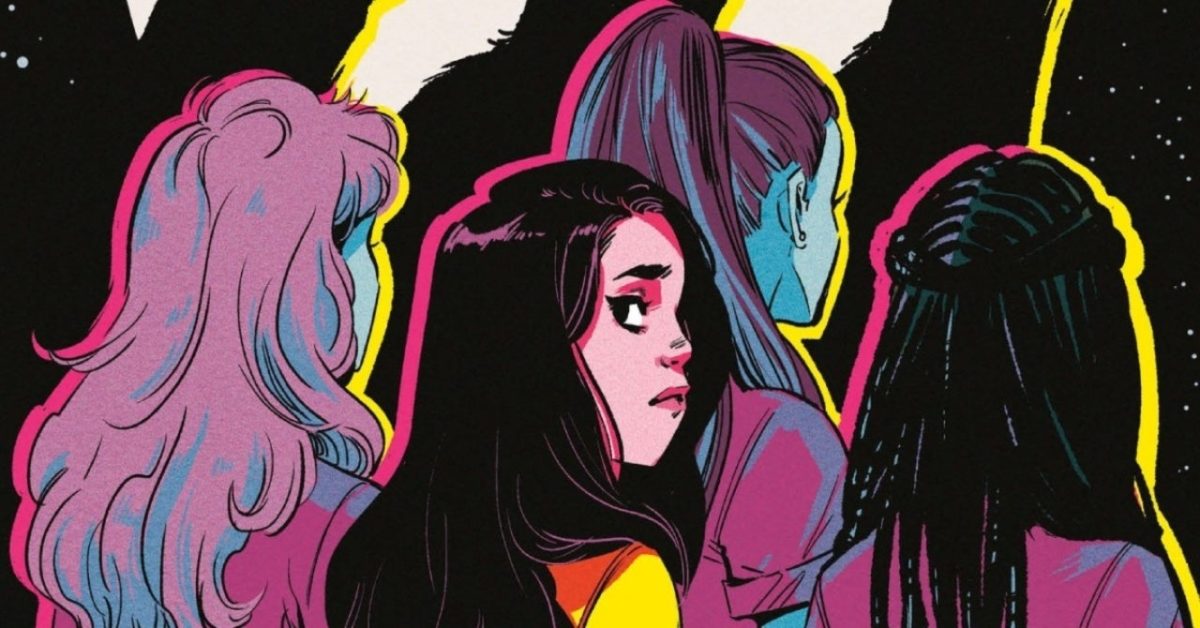 The Next YA Horror Graphic Novel Team through Lisa Sterle and Maggie Tokuda Hall received the much-coveted TV adaptation greenlight ahead of its October 5 hardcover and paperback release later this year. From Greenwillow Books, Team is an LGBTQ-themed YA horror graphic novel involving the story of odd colored characters involving tones reminiscent of titles like Jennifer’s body. Pre-order is available for the book on sites like Amazon, and here’s a preview of the graphic novel:

Pretty Little Liars meets Teen Wolf in this seriously funny, patriarchy-busting graphic novel from author Maggie Tokuda-Hall and artist Lisa Sterle. When the new girl is invited to join her high school’s most popular clique, she can’t believe her luck, and she can’t believe their secret either.

When Becca transfers to a high school in an upscale suburb of San Francisco, she worries she won’t fit in. To her surprise, she is immediately adopted by the most popular girls in school. At first glance, Marley, Arianna and Mandy are perfect. But at a party under the full moon, Becca learns that they also have a big secret.

Becca’s new friends are werewolves. Their prey ? Slimy boys taking advantage of unsuspecting girls. Wanting to be accepted, Becca allows her friends to turn her into a werewolf, and eventually, for the first time in her life, she truly belongs.

But then things get complicated. As their pack begins to buckle under the pressure, their morals become increasingly muddy and Becca realizes she might have feelings for one of her new best friends.

Image Boot and Lionsgate Television have teamed up to produce the Sterle & Tokuda-Hall story adaptation. Sterle’s illustrations can be seen in other popular paperbacks such as Modern Witch Tarot Deck and his co-creation of other comics includes witch blood and Submerged.

BCTV Daily Send: For a look at what’s happening in the TV and streaming landscape, sign up for Bleeding Cool’s daily email digest of the news you need to know here.