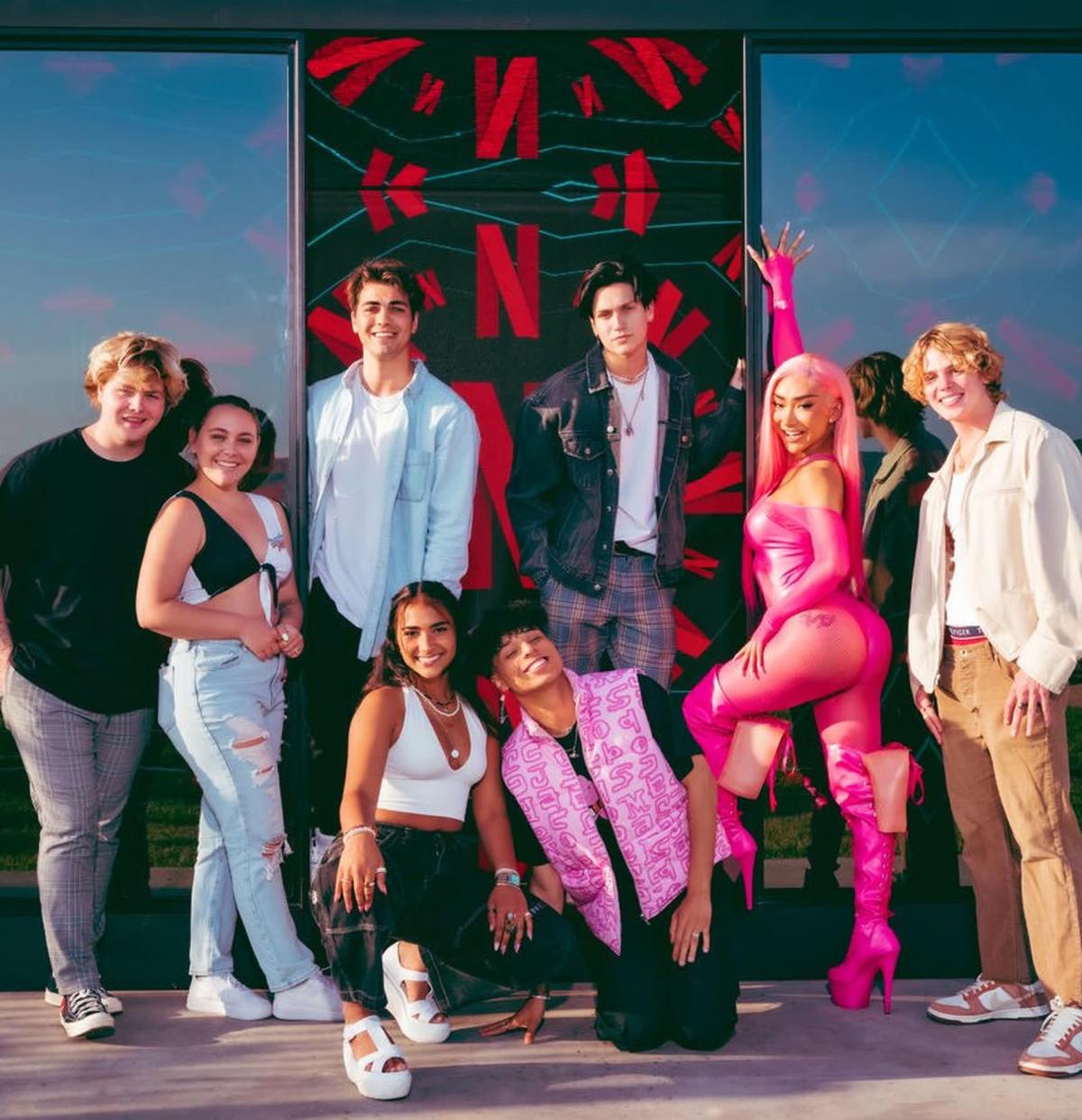 The stars of TikTok are coming to Netflix soon. The streaming platform has announced a new reality TV show with American influencers, all from the Hype House collective. For the moment, very little information has been shared by the American giant.

Announced via TikTok on April 22, the video showcasing the new Netflix show featuring some of the platform’s most famous TikTokers has garnered over 2 million views. On Twitter, the revelation of this next-gen reality show starring influencers Kouvr Annon, Nikita Dragun, Sienna Mae Gomez, Chase Hudson, Larri Merritt, Thomas Petrou, Alex Warren and Jack Wright has been shared more than 21,000 times.

For the moment, the streaming platform has not yet unveiled a launch date or official title for this future show. Only the caption accompanying the Twitter post, which teases “Kouvr Annon, Nikita Dragun, Sienna Mae Gomez, Chase Hudson, Larri Merritt, Thomas Petrou, Alex Warren and Jack Wright – aka Hype House – will star in a new unscripted series that will reveal a side of themselves (and their relationships) that we rarely see! “

The Hype House collective brings together some of the most popular influencers on TikTok. TikTok transgender star Nikita Dragun has 13.5 million followers on her platform, as does Kouvr Annon, while Sienna Mae Gomez has 15.1 million followers. Charli D’Amelio’s ex-boyfriend, Chase Hudson aka lilhuddy can boast of being the most popular among this group with 30.5 million fans on his TikTok account. As for Larri Merritt, Thomas Petrou, Alex Warren and Jack Wright, these influencers have 23.3 million, 8.1 million, 14.2 million and 8.2 million followers respectively. Between them, these influencers have accumulated nearly 126.4 million followers. A colossal number that clearly appeals to Netflix, determined to take advantage of this craze by attracting this mostly young audience.

Founded in December 2019, the Hype House collective initially featured some of the biggest Chinese app stars such as Addison Rae, Charli, and Dixie D’Amelio.