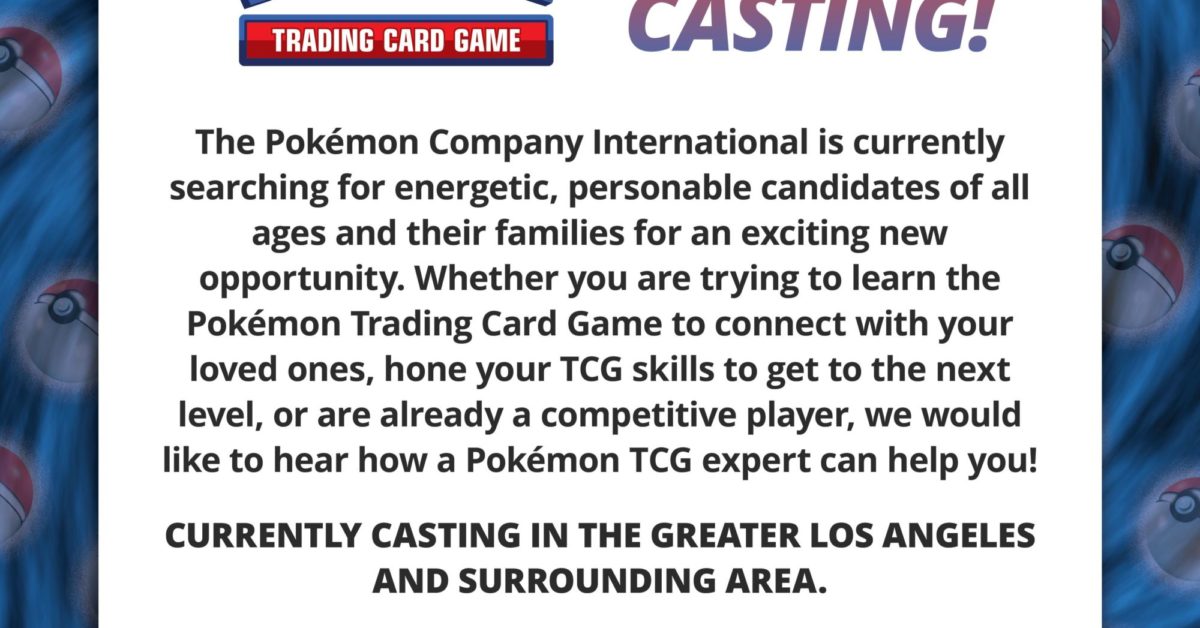 The Pokémon Company International has announced details of a new reality TV series focusing on the Pokémon TCG. Along with the announcement of this unscripted television series based on the iconic trading card game, it was also announced that the cast of the series will focus on fans located in the Los Angeles, California area. Let’s get into the details.

“The Pokemon trading card game has been a cornerstone of the Pokémon brand since its launch over 25 years ago and central to its success are its fans. Dedicated competitors from the Play! Pokémon program and casual gamers who battle after school with friends and family, collectors, or general enthusiasts, we look forward to shining a light on the stories of our diverse TCG fans. Anyone in the Los Angeles area with a Pokémon TCG story to tell is encouraged to apply.”

Fans hoping to appear on the show can check out the casting agency’s website on the right here.

In addition to this news, two new products have been announced for release in late 2022. These include: