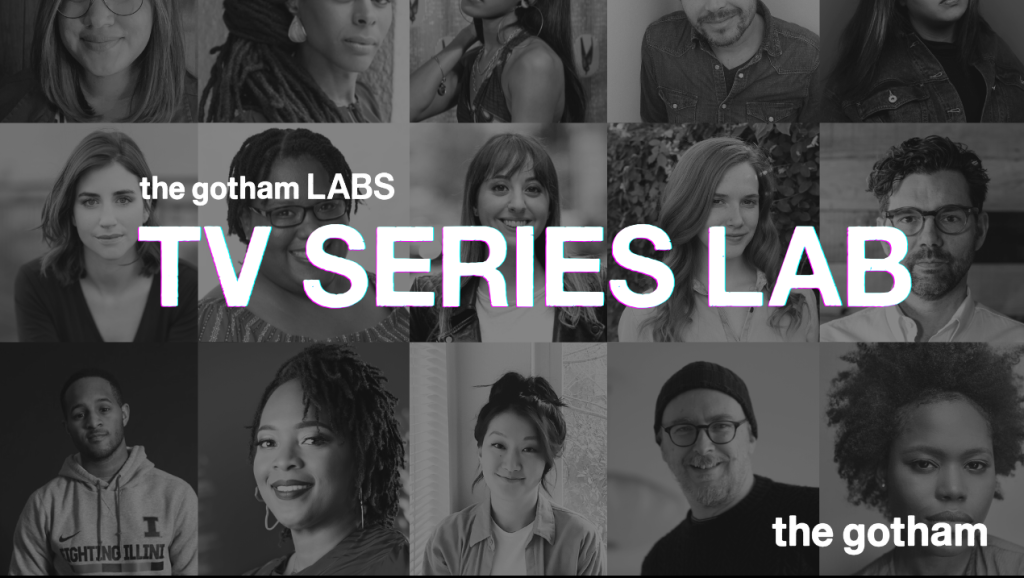 The Gotham TV Series Lab provides teams of up-and-coming creators, writers, and producers with the knowledge, resources, and mentor support needed to craft strong pitches and create solid development strategies. The five-day program is made up of workshops, panels and case studies, with a particular focus on the inner workings of the writers room and emerging market trends.

This year, for the first time, two of the 10 projects included came from the Expanding Communities program, through recommendations from partner organizations, Gyno and Night Watchers. Expanding Communities is dedicated to providing resources, community space, and industry access to people with disabilities, as well as Black, Indigenous, PoC, and LGBTQIA+ creators in the film, television, and audio industries.

“We are proud to announce the newest cohort of our fourth annual Gotham TV Series Lab, which provides writers and creators new to television with first-hand mentorship opportunities with industry experts,” said said Gotham executive director Jeff Sharp. “This year’s selections feature ambitious projects with exciting world-building concepts and powerful, self-assured characters representing the continued vitality of this ever-expanding art form. We are so grateful to be able to help these incredible creators to reach their target audience.

All 2022 Fellows will automatically participate in the 44th Gotham Week Project Marketplace, where they will pitch their projects to industry decision makers. Below is more information about the .projects selected for this year’s lab.