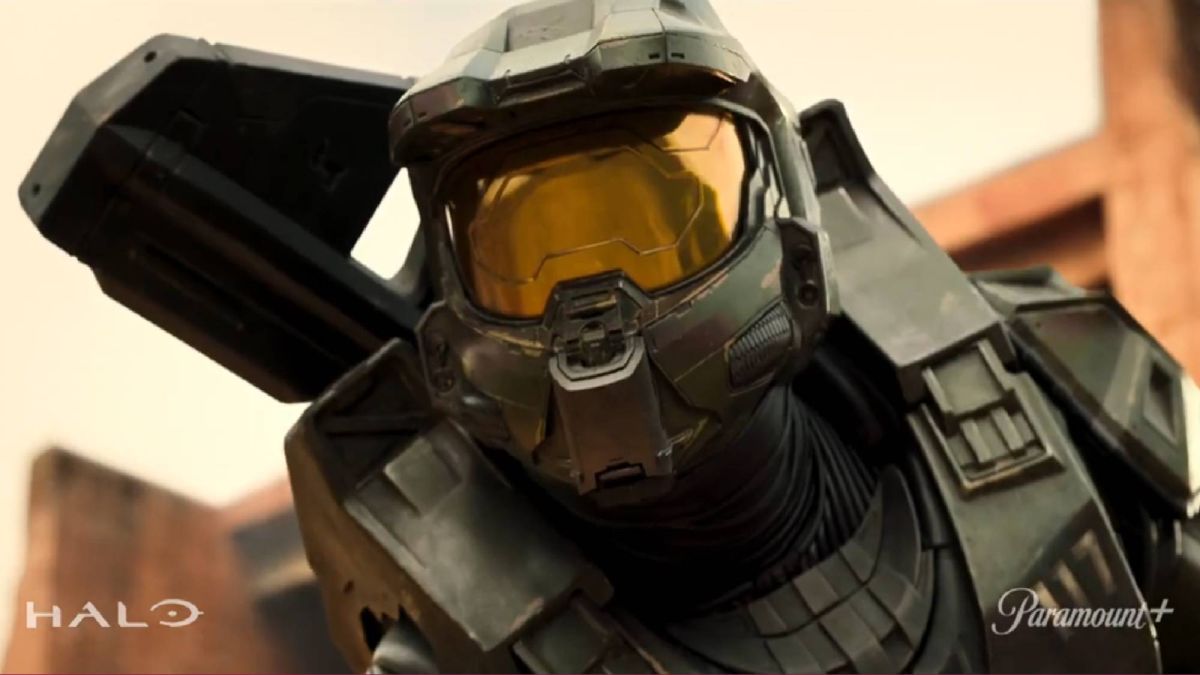 The 1995 film Judge Dredd is infamous for the fact that Sylvester Stallone’s titular Judge spends the majority of the film without a helmet – with his entire face exposed. This has long been controversial, as Judge Dredd comics have always been keen to hide the character’s traits.

Why share this random piece of trivia? Well, we just learned that the Halo tv show will do something similar. The upcoming Paramount Plus series has just confirmed that not only will Master Chief be removing his helmet, his the face will be visible when he does.

“I think we decided to tell a character story and a personal story,” said Kiki Wolfkill, head of transmedia at Halo developer 343 Industries. “And once we really figured out what that story was, it became clear that you really needed to see the person in the armor and under the helmet.”

As a longtime Halo fan, this amounts to sacrilege.

Fans have many opinions about the Halo universe and disagree on many points, but we can all agree on one thing: Master Chief’s face should always remain hidden.

Seeing the chef’s face is like seeing Dredd’s face or hearing Gordon Freeman’s voice. It’s one of those things that shouldn’t happen.

Halo has been teasing the Master Chief’s true appearance since the very first Halo game. The only time we see the leader remove his helmet in Halo: Combat Evolved is during the final cutscene – although the player’s view is obscured and you can’t see what the super-soldier looks like.

Later, thanks to the PC version’s various modding tools, players were able to look past the barrier and see what was going on. Beneath the chief’s helmet was… another helmet.

Various books have described the chief’s appearance throughout his life, especially during his childhood. The comic and animated adaptations of the first Halo novel, The Fall of Reach, even show the leader’s appearance before and after his induction into the Spartan II program. Until the point where he received his first set of Mjolnir armor at the age of 14.

Halo 4’s legendary ending also teases the Chief’s appearance, with a brief dark glimpse of his eyes at the very end of the game. While technically still a tease, it still felt like a step in the wrong direction.

The Halo series is about to go even further.

Why we never see the chef’s face

Back when Bungie was developing the very first Halo game, Microsoft commissioned a tie-in novel to explain the backstory and explore the Master Chief as a character. Because the early games were never particularly good at this, and the leader was little more than a walking plot device that the player could control.

Turns out that was probably by design.

Bungie ultimately opposed the prequel novel The Fall of Reach, attempting to unpublish the book, in part so players could see Master Chief as a veritable blank slate. Bungie figured that by not having a backstory for the character, and the fact that he doesn’t do or say much during the game, meant “players can simply integrate into the avatar”. Not showing the character’s face is just an extension of that.

Of course, things have changed over the past two decades, and the Master Chief has real characterization both in games and beyond. But the no-face rule has (mostly) stuck, if only because of tradition.

But despite this, Chief’s relative anonymity makes him everyone’s man. In canon, it could be a gruff middle-aged white man with brown hair and freckles. But in the game, and in the hands of a player, Master Chief is who he wants to be.

Halo the series can be separated, but it must honor where it came from

The Halo series does not share the same continuity as the rest of the Halo universe, instead existing in something dubbed The Silver Timeline Timeline. This is how the show can stand out on its own, without being shackled by two decades of continuity and canonical restrictions.

That’s the reasoning behind the face reveal under the chef’s visor, and it’s a mistake. It may not be the “same” leader in the games, but there’s little to be gained by revealing the on-screen leader’s adult appearance.

For starters, any Halo fans who watch the show – or even see stills of the fresh-faced Master Chief – will immediately associate this with the games. It’s hard to imagine the Master Chief as the common man if all you can imagine is Pablo Schreiber’s bald, presumably pale, sun-deprived face.

Also, the argument that you have to tell the face under the mask to fully understand its story doesn’t carry much weight. After all, there have been 20 years of Halo games where you never see the protagonist’s face, and that doesn’t stop them from being their own fully formed character.

And 45 years of Judge Dredd comics have never lost anything in value just because you’ve never seen the top half of the eponymous antihero’s head.

Of course, Halo doesn’t have to stick to the unwritten arbitrary rule that Master Chief remains faceless at all times. But it would have been nice if the show could honor that part of the source material. Because sticking to the lore is the best way to show you understand and care about where this character comes from.