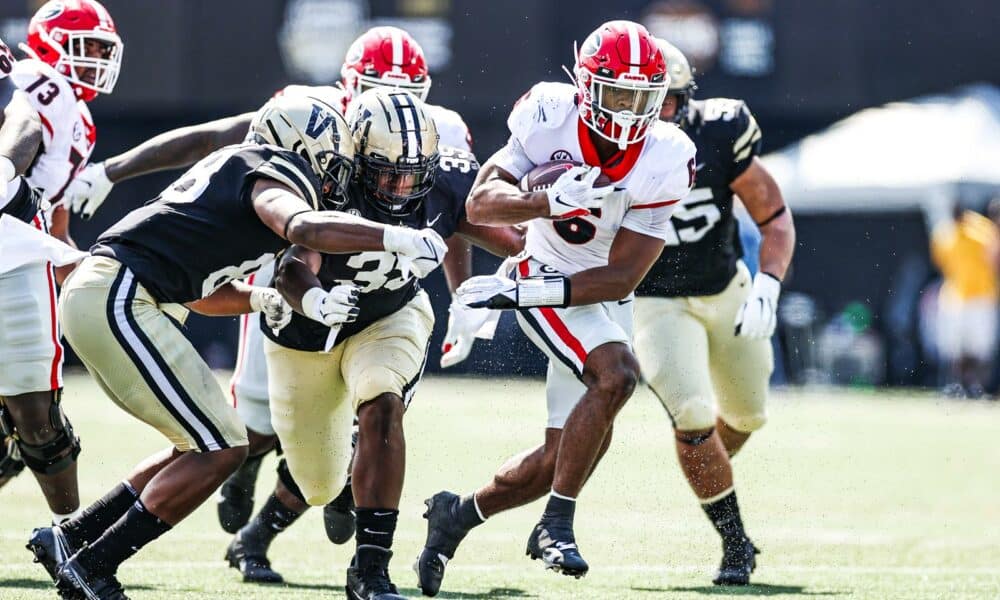 UGA’s home football game against the Vanderbilt Commodores on Saturday, Oct. 15 will be televised by the SEC Network at 3:30 p.m. ET, the SEC announced.

Georgia-Vanderbilt tickets are available through our partner StubHub. Admission is currently around $112 plus fees.

The Bulldogs and Commodores met last season at Vanderbilt Stadium in Nashville, Tennessee, with the Bulldogs recording a shutout victory, 62-0. Georgia has beaten Vanderbilt in their last four meetings and the Bulldogs currently hold a big lead in the overall series, 59-20-2, which began in 1893.

This will be Georgia’s third appearance on the SEC Network this season. The Bulldogs appeared on ABC (Oregon), ESPN (South Carolina) and SECN+/ESPN+ (Kent State) once each and the SEC Network twice (UAB, Missouri) during the 2022 campaign.

Georgia hosts the Auburn Tigers this weekend in Athens on CBS and the game kicks off at 3:30 p.m. ET (Buy Tickets).

Kickoff and TV for the Georgia-Florida game in Jacksonville, Fla., on Saturday, Oct. 30, is already set for 3:30 p.m. ET on CBS.

Georgia’s remaining kick-off times will be announced 6-12 days prior to the match date.