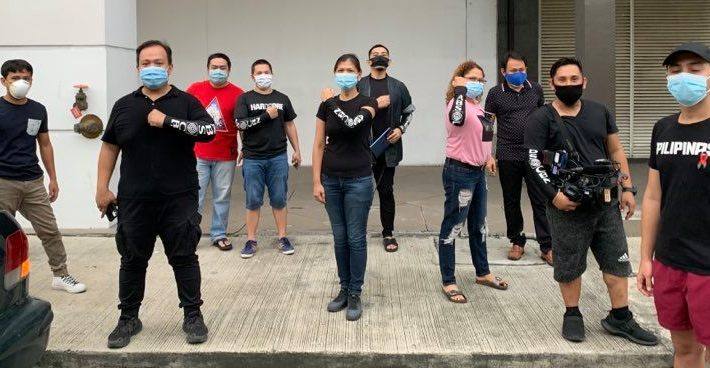 ABS-CBN Bacolod will broadcast today the last episode of its flagship program for 32 years, “TV Patrol Negros”, as the network ceases its operations in the provinces and lays off workers following the non-renewal of its franchise.

Eighty-one ABS-CBN Bacolod employees, including journalists, will lose their jobs by the end of the month.

Going forward, they said they will miss their work, the camaraderie, and the pressure that comes with gathering information and producing worthy stories.

Romeo Subaldo, chief information officer of ABS-CBN Bacolod, said he would bring with him the “public service culture” of the station. He said that even on their days off, they organize bloodletting activities and medical missions to help those in need.

Subaldo, who has been with the Kapamilya Network for 15 years, also said many people come to the station asking for help and legal questions, such as about a neighbor’s noisy dog.

He said their newsroom was not just a workplace but a home. “We have diverse personalities there. Even if you are under pressure, there is still time to make jokes, ”he added.

Barbara Mijares, presenter of TV Patrol Negros, said the Kapamilya culture that resonated with her was “balanced reporting and not wraparound journalism.”

She worked for the network for 17 years. She also learned to “innovate and find ways”, and never settle for “no” because there are no stories that cannot be produced.

Senior reporter Yasmin Pascual-Dormido, who was once a TV Patrol Negros presenter, said her fondest memories were their special election coverage because “it’s the most stressful, toxic, difficult, craziest and the funniest”.

She recalled that even with threats, it did not prevent them from doing public service.

“The risk was there. It’s always been there from day one, but I guess when reporters are faced with these situations, they know exactly what to do.

The journalist in you will always prevail and your commitment to the people you serve, ”she said.

Pascual-Dormido had been part of the network for 23 years and said: “ABS-CBN prioritizes excellence and public service. These values, for me, are among the most admirable. And this is reflected in the people and the many businesses in the network.

Field reporter Nico Delfin said his work has allowed him to meet people and share their stories of success, tragedy and pain.

“The risks accompany the work from the moment our press taxi leaves the station. But once I’m done producing everyday stories and getting feedback from viewers, especially the newsroom, it’s always worth remembering knowing I’ve proven myself. time and time again, ”he said.

Marty Go, also a field reporter, said his favorite memory was having the opportunity to be one of the hosts of “The Morning Show”.

“Because of this, I have been able to interview many people from all walks of life and be a part of the public’s premier source of information and entertainment,” said Go, who has been with the network for 15 years.

Field reporter Mark Salanga, who worked for ABS-CBN for 12 years, said he would be eternally grateful to her as Kapamilya.

He said his colleagues influenced him to be hardworking and responsible. They also make him a better person, he added.

Cameraman Jefferson Lucasan, who worked for the network for 21 years, said his work has allowed him to travel across the province and other locations for coverage.

His fellow cameraman, Ruel Bangoy, who worked for 22 years, said the network taught them to work with dignity and honesty.

“We must not accept any money which in turn bribes us for our service,” he added.

Ish Faicol, also a cameraman, said he will miss the risky missions and the camaraderie even though there was shouting and fighting in the newsroom as well. He was part of the network for 14 years.

“I learned to use the computer there,” he added.

Disc jockey Allen Jimenez, or Jonas Blue to his MOR Bacolod listeners, said he has many treasured memories and will not forget the behind-the-scenes moments of their activities and events.

“As network talents, we learn to be dynamic. We are using the limited resources at our disposal. We learn to have fun in the moment, ”he said, adding that he had been with the network for eight years. *