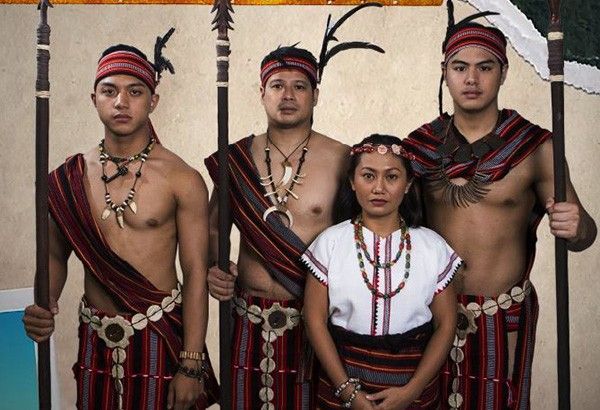 MANILA, Philippines – To celebrate its 35th year as a government granting agency, the National Commission for Culture and the Arts (NCCA) has produced a television production – a “valueserye” – that highlights culture and traditions of the Ifugao people.

“Proclamation No. 933 emphasizes the importance of Philippine compositions in promoting culture and the arts, including the economic dimensions and the livelihood aspect of the industry. The corollary of this mandate is the relative provision to the Cultural Resilience and Recovery Program (CRRP) for artists who were out of work at the height of the pandemic,” hinted Marichu Tellano, Deputy Executive Director for Administration and Support Services.

The series aims to explore and investigate Filipino cultural values ​​through the perspective of André (Migo Adecer), a 23-year-old Filipino-American, estranged from both his biological family (Yup Servo and Angeli Bayani) and of her Filipino heritage, who sets off on a return trip to the Philippines after learning of her father’s death. During this trip, he discovers his own personal history and the cultural and social values ​​that he, despite having been raised in a distant country, has intrinsically in his Filipino blood.

“It’s a kuwentong katutubo – kuwentong Ifugao. Production started in 2019 but was stalled by the global pandemic. I wrote the material for the series at the height of the lockdowns. It’s a serye road because the places of filming crossed the provinces of Ilocos, Cagayan, Cordillera (Baguio), Banawe and Pampanga, among others”, shared the director of the mini-series Zig Dulay.

“The CRRP recognizes the mental and physical well-being of cultural workers and artists. It also responds to pandemics and natural disasters and the conservation of heritage areas, with rehabilitation efforts focusing on artists who have lost their means of subsistence – their profession falls under the category of “non-essential”. Its objective is to strengthen the resilience of the sector”, shared Jaime Antonio Jr., coordinator of the project for the years of mandate 2022-2028.

“Project Destination” played every Sunday morning from 11 a.m. to noon on the GTV network. It was also aired by GMA News TV. Its theme song, “Dati’y Pangarap Lang Kita”, was composed by NCCA Public Affairs and Information Manager Rene Napeñas and performed by Ice Seguerra.